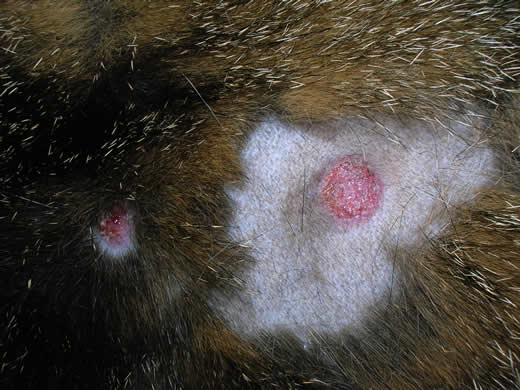 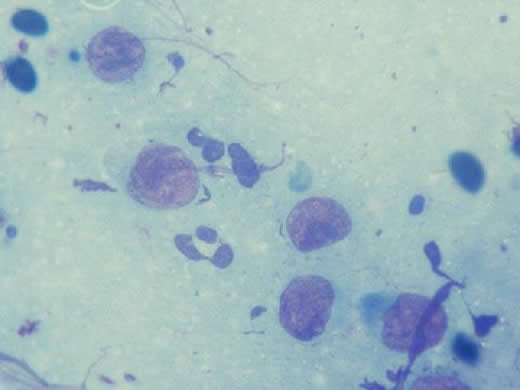 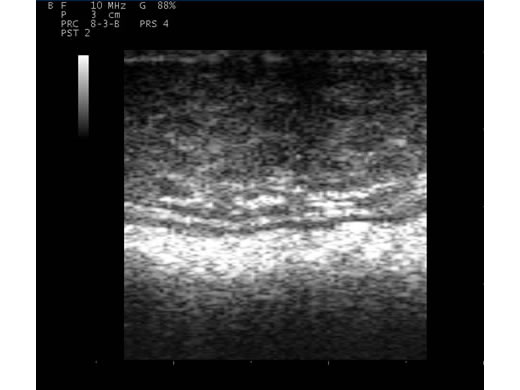 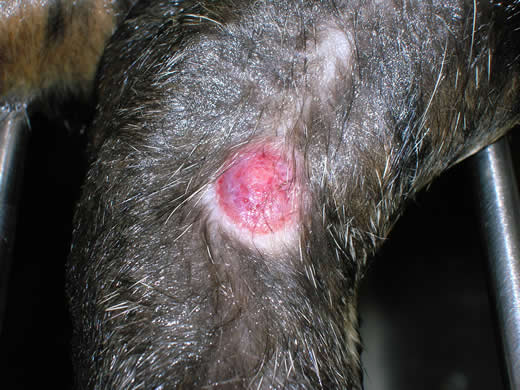 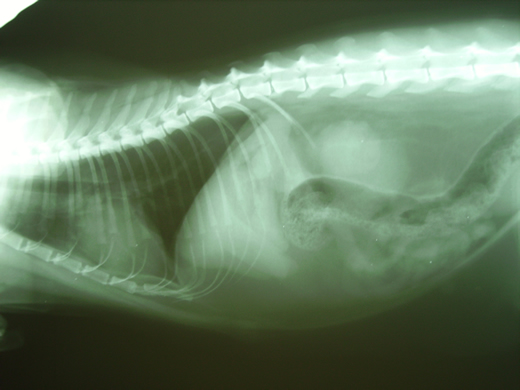 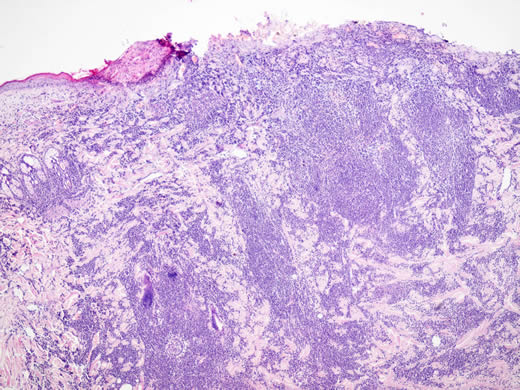 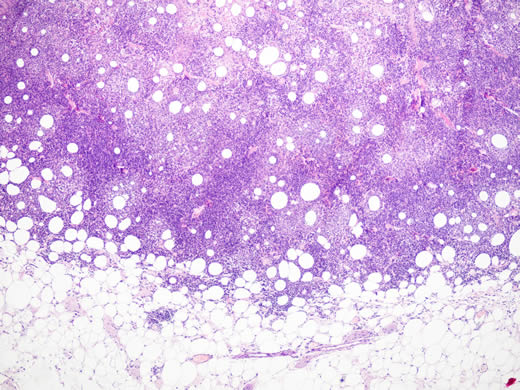 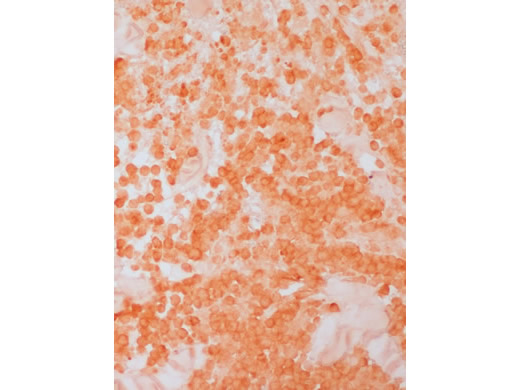 Tigre is a neutered, 7-year-old male standard European cat that 9 Kg of weight. It has been regularly vaccinated and spends its life with no contacts with other cats. It was referred for clinical examination for the presence of skin lesions. The general examination showed a mild reactivity of popliteal lymph nodes. The dermatological examination showed the presence of circular alopecic, erythematous, ulcerated plaques (diameter 1 cm) with central necrotic areas located on abdomen, trunk and limbs (Figure 1, 2).
Among the differential diagnoses skin tumours and nodular infectious dermatitides have been considered.

due to the cat contentiousness, the diagnostic tests have been performer under sedation. A Wood’s light examination, trichoscopy and a cultural examination on DTM/Sabouraud have been performed with negative results. The cytological examination of the ulcer surface showed the presence of a homogeneous population of discrete round-sized cells with voluminous nuclei, prominent nucleoli and a low amount of cytoplasm, together with neutrophils (Figure 3). A complete hematological screening gave standard values and the serologic test for FeLV was negative. A total-body radiography showed an increase of kidney (both) volume confirmed by abdominal ultrasound examination (figure 4). Also the spleen was non homogeneous by ultrasound (figure 5). A skin biopsy was thus collected for the histopathological examination.

the cat’s contentiousness and the consequent impossibility to hospitalize it, together with the difficulties to perform home-based therapies, did not allow for therapeutical protocols based on vincristin, cyclofosfamide, prednisolone (COP protocol) or the use of lomustin. Prednisolone (2mg/kg/die) associated to ranitidine (1mg/kg bid) and cefalexin (30mg/kg bid) were used to prevent bacterial secondary infections. After one month the owner asked to euthanize the animal for progressive worsening of skin lesions, for their bleeding and the presence of frequent vomit.

In the cat, the presence of nodular to plaque-shaped multifocal lesions leads to the hypothesis of fungal diseases (dermatophitosis and deep mycosis), mycobacterial infections, skin lymphomas, mastocitomas and histiocytic proliferations. In the reported case, cytology suggested a “round cell” neoplasia, but only the histopathological examination and the following phenotypization could confirm the diagnosis of lymphoma.
The non epitheliotropic lymphoma might also be associated to polyclonal gammopathy and hypercalcemia and, more often, can cause lymph node metastases, the cause of death of the affected animals, in a short time.