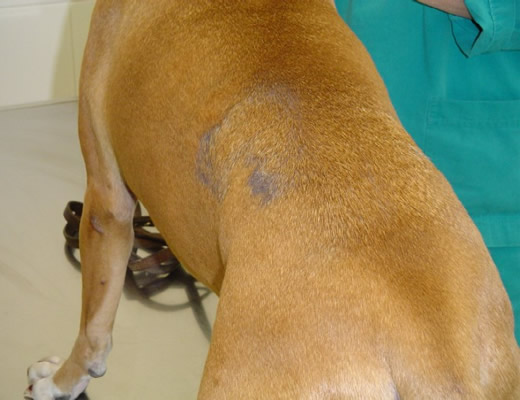 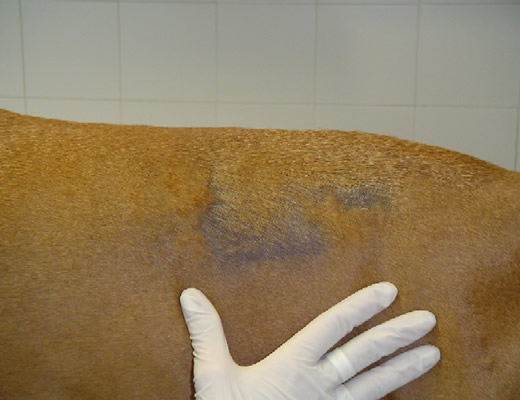 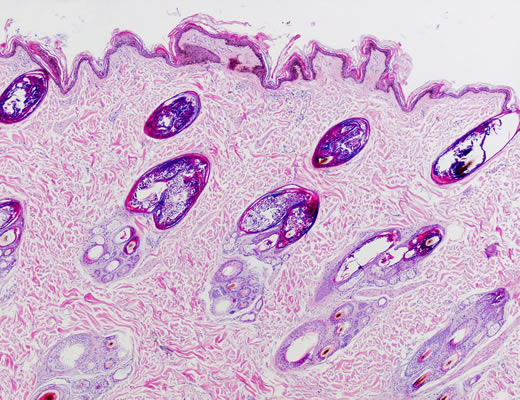 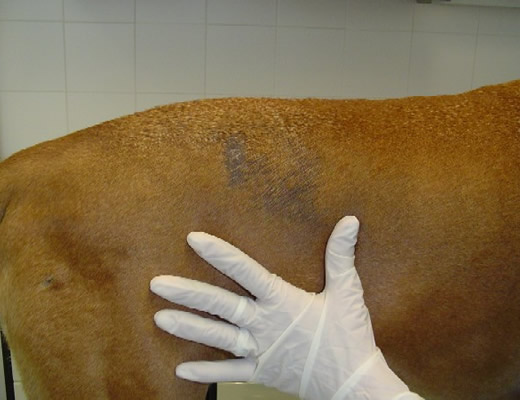 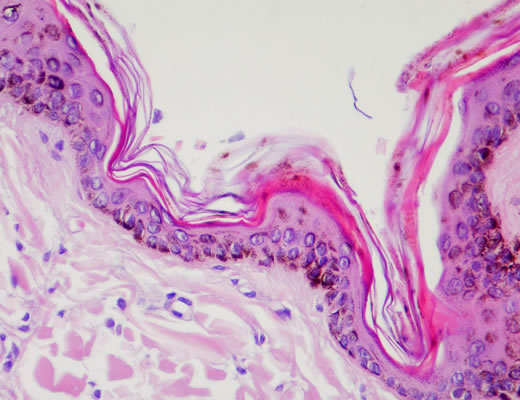 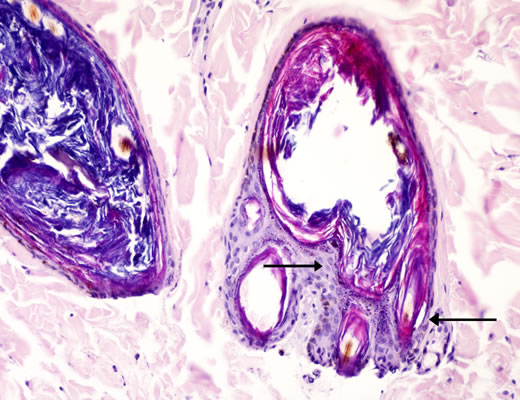 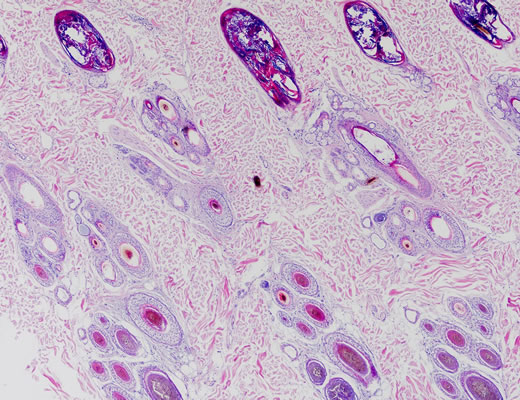 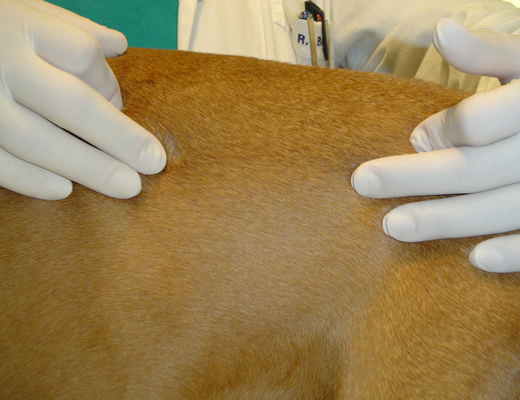 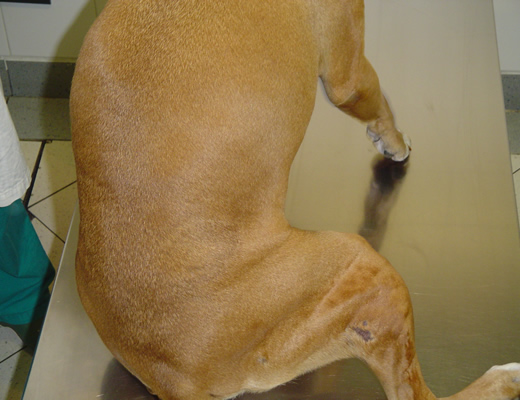 Cyclic flank alopecia, also known as cyclic follicular dysplasia, is a dermatological disease commonly found in boxer dogs. Both males and females can be affected in their adulthood. Clinical signs are a geographic distribution of the alopecic areas, generally affecting both flanks in a simmetrical manner, and skin hyperpigmentation.

A 7 year-old femal neutered boxer dog was examined in the late spring of 2005 for a non itchy flank alopecia that progressively enlarged in two months. Previous dermatological disorders were not pointed out. At general examination the dog showed good health conditions. At dermatological examination two irregular alopecic areas were visible (both flanks) with a geographic map distribution. The alopecic skin was not affected by primary lesions, showed a normal thickness and elasticity, and appeared hyperpigmented. The total dimension of the alopecic area was around 20 cm (fig. 1, 2, 3).

Histopathological examination showed a normal morphology of the hair with follicles in telogenic phase; both superficial and deep cutaneous scraping did not show mite infestation. The scotch test showed the presence of keratinized cells; Wood’s lamp examination gave negative results. Dermatophytosis has been subsequently excluded by fungal culture with DTM; a cytological examination by scarification showed the presence of grouped corneocytes. The history of the dog, the clinical examination and all the diagnostic tests allowed for a presumptive diagnosis of cyclic flank alopecia to be confirmed by histopathological examination. At histopathology the skin showed the presence of a mild basket-weave ortokeratotic keratosis overlaying an epidermis of normal thickness (figure 4). Abundant melanin granules were observed in the cytoplasm of the cells populating the entire thickness of epidermis (figure 5). Inflammatory cells were not observed. Dysplastic alteration of sebaceous-follicular units were detected. All the follicles were in the telogenic phase, markedly keratotic with dilated infundibula. Keratosis affected both primary and secondary follicles leading to the appearance so called “witch’s foot follicles” (figure 6). In the deep dermis and panniculus several anagen bulbs were detected (figure 7). The histopathological examination confirmed the previously hypothesized diagnosis of cyclic flank alopecia; anagen follicles in the deep portion of dermis has been considered as positive prognosis for the hair re-growth.

The patient was treated with melatonin at a 5mg total dose (BID). After a 5-month follow-up (autumn) hair coat was entirely reconstitued (figure 8, 9); after 8 months, relapses were not observed.

Cyclic flank alopecia, whose etiology is still under investigation, is characterized by a racial predisposition; Boxer, airdale, terrier, schnauzer, English bulldog, bull mastiff, labrador, pointer, dobermann, Rottweiler have been reported to be commonly affected. Alopecia generally appears in winter or spring and spontaneously regresses during the fall. Annual or biennial relapses are possible, that might became continuous with the aging. The seasonality of lesion onset suggests that this disease might be influenced from the light duration of the day. The currently adopted therapy is based on melatonin administration. Despite melatonin seems to have a positive effect on relapses prevention, it is not clear if it is really able to perform symptom relief.